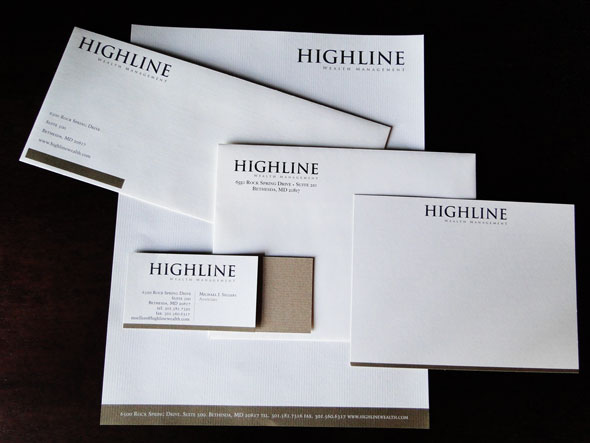 Highline brought Verasolve on to help it create its new image, as well as to enhance its brand recognition among target audiences. Following these initiatives, Verasolve was also engaged to help Highline increase its qualified prospect leads.

Verasolve implemented a public relations campaign that focused on coverage in local media and industry trades to enhance brand awareness and preference for Highline. Verasolve then developed a penta-millionaire prospect event at the newly renovated Washington, D.C. St. Regis Hotel, booking the first private event at Adour, Alain Ducasse’s newest restaurant. Alain Ducasse is the only restaurateur in the world with three Three-Michelin Star restaurants. Verasolve developed a mailing list that was designed based on a number of criteria crucial to reaching appropriate contacts, as well as providing the invitation and coordinating all venue arrangements.

Highline’s new image was well received by both clients and prospects. “We have received many compliments on our new brand,” said Simon in a letter to Verasolve. The public relations campaign resulted in numerous media placements, including bylined articles ghost-written by Verasolve, media interviews with Highline senior leadership, and press releases on company milestones and announcements.

The prospect event at Adour was so successful that a second night had to be added in order to accommodate the overwhelming prospects interest.

Overall, Verasolve’s efforts helped Highline double their assets under management to over $1 billion. Highline’s significant growth has prompted the firm to open a second office in Philadelphia.