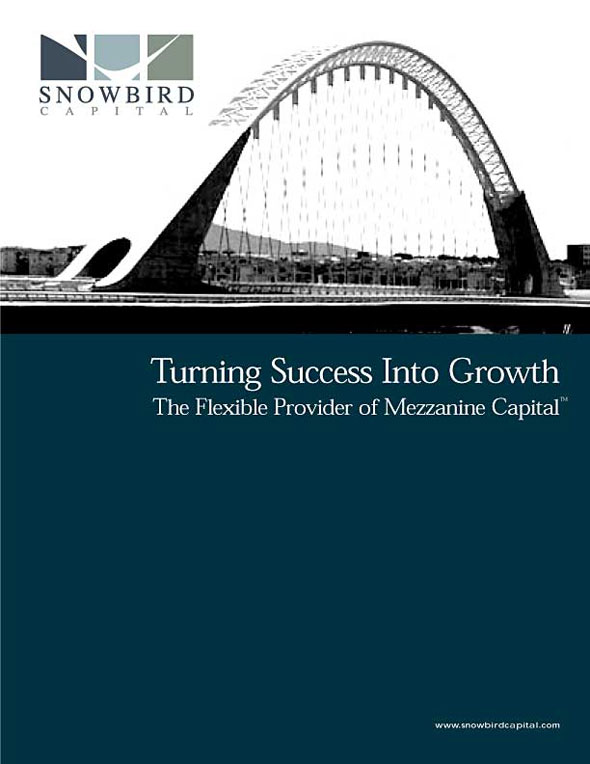 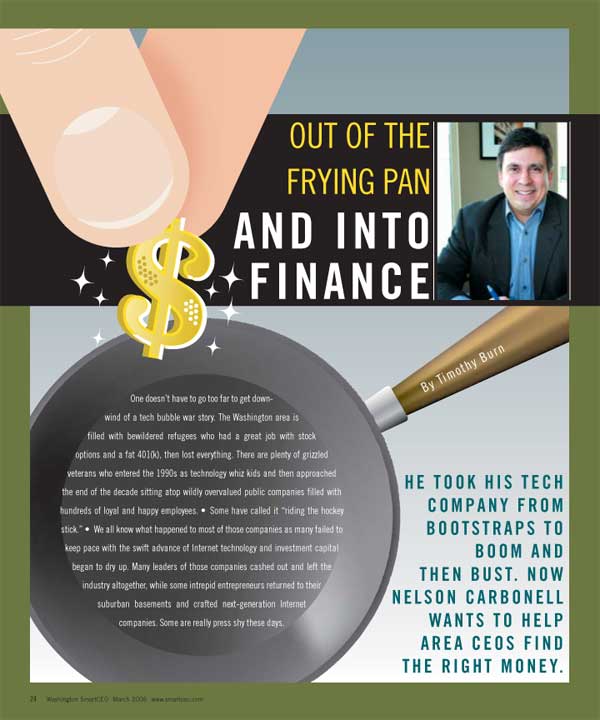 When technology entrepreneur Nelson Carbonell decided to create a capital fund, he contracted Verasolve to position the company and develop an Integrated Marketing Plan to help articulate the firm’s value proposition to potential corporate borrowers. The goal was to build credibility for the new firm, strengthen Snowbird’s position in the highly competitive corporate finance market and generate leads for both its California and Virginia offices that would result in new deal flow for Snowbird.

Verasolve conducted in-depth research of the market and Snowbird’s competitors and helped position the company as a lower middle market mezzanine capital provider. Verasolve also developed and named a new product called the Reversible Warrant™, which provided the differentiation Snowbird needed in a market with too much capital chasing too few deals.

With the messaging and strategic differentiators in place, Verasolve developed a new website for Snowbird and matching print brochures to reinforce the new corporate identity.

By consistently delivering the right messages about Snowbird Capital, the Reversible Warrant™ and its executive team, Snowbird was featured in dozens of news outlets read by its target audience of business owners, CFOs, bankers, deal attorneys, business brokers and accountants. The news coverage about Snowbird resulted in inquiries from borrowers and helped build their loan pipeline. Today, Snowbird Capital is a rapidly growing player in the mezzanine capital market.