Verasolve executed a media campaign to create awareness of AffordAScan’s convenient locations nationwide. To generate media buzz, Verasolve positioned the company as the Expedia of healthcare and focused on its ability to deliver patients high-quality medical scans at an affordable price. When AffordAScan changed its name to ContactMyDoc in 2015, the Verasolve team assembled a “mini media kit” that included a fact sheet and press release to communicate the company’s expanded mission and broader range of services for healthcare providers, patients, and employers.

Verasolve’s media efforts helped increase awareness of the company’s locations throughout the U.S., announce its name change to ContactMyDoc, and educate the media on the value of the platform. Coverage was picked up in several media outlets, including Aunt Minnie, Alltop, Blubury, CityBizList, Flying Kite, Medical One, and M*Modal. 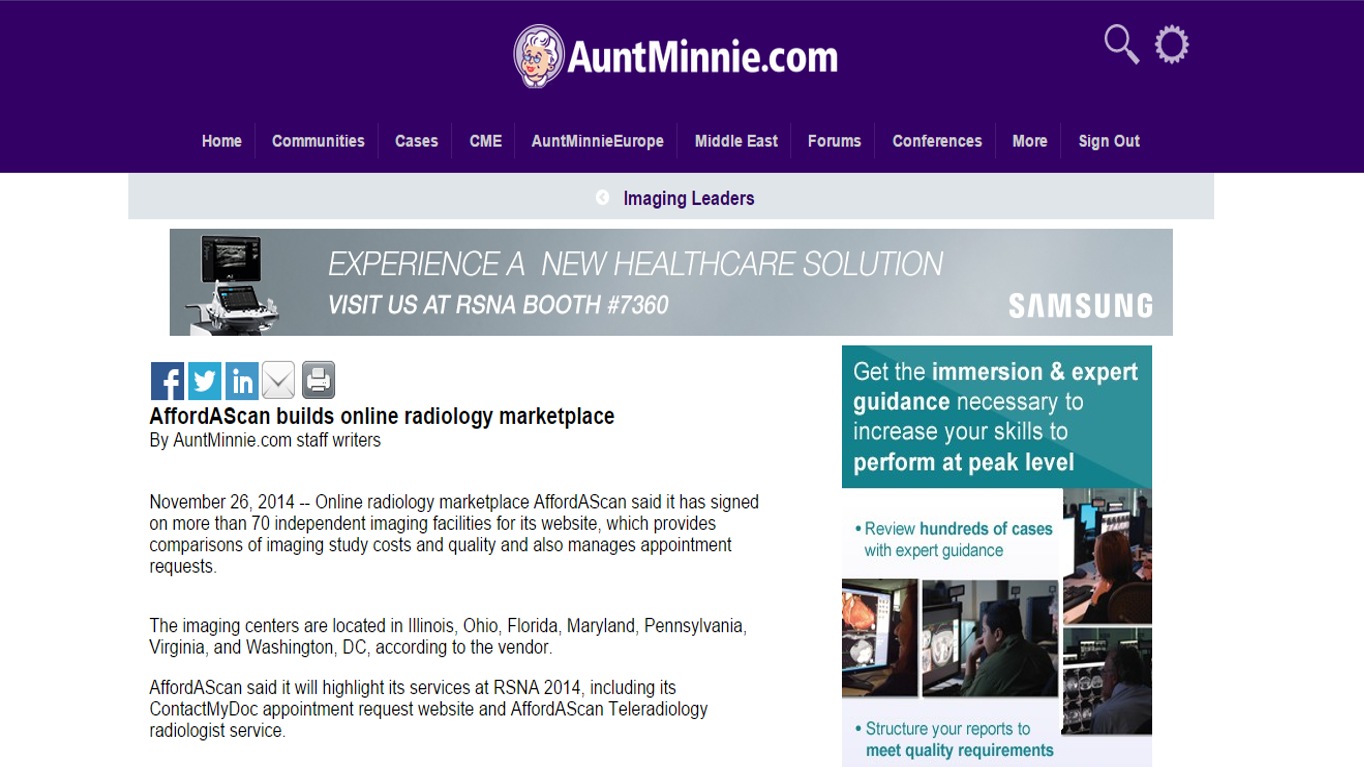 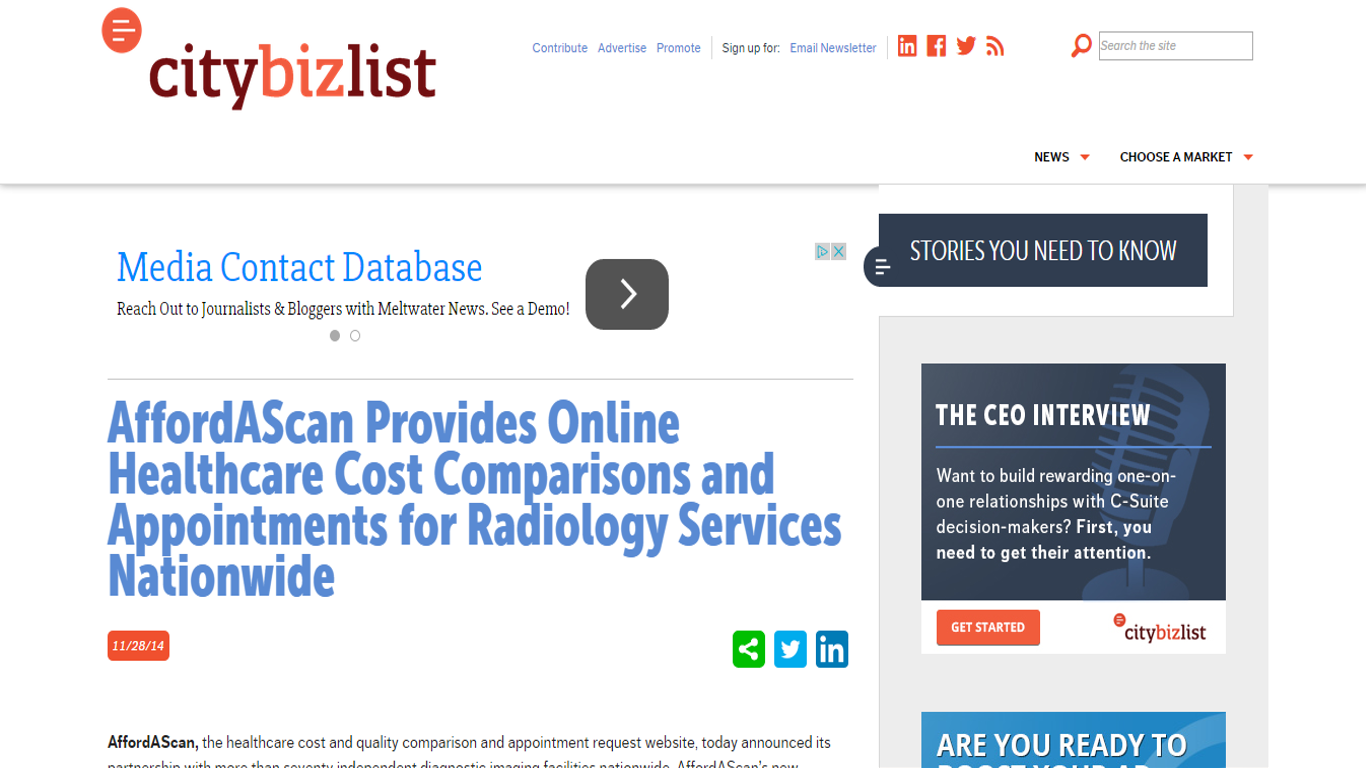 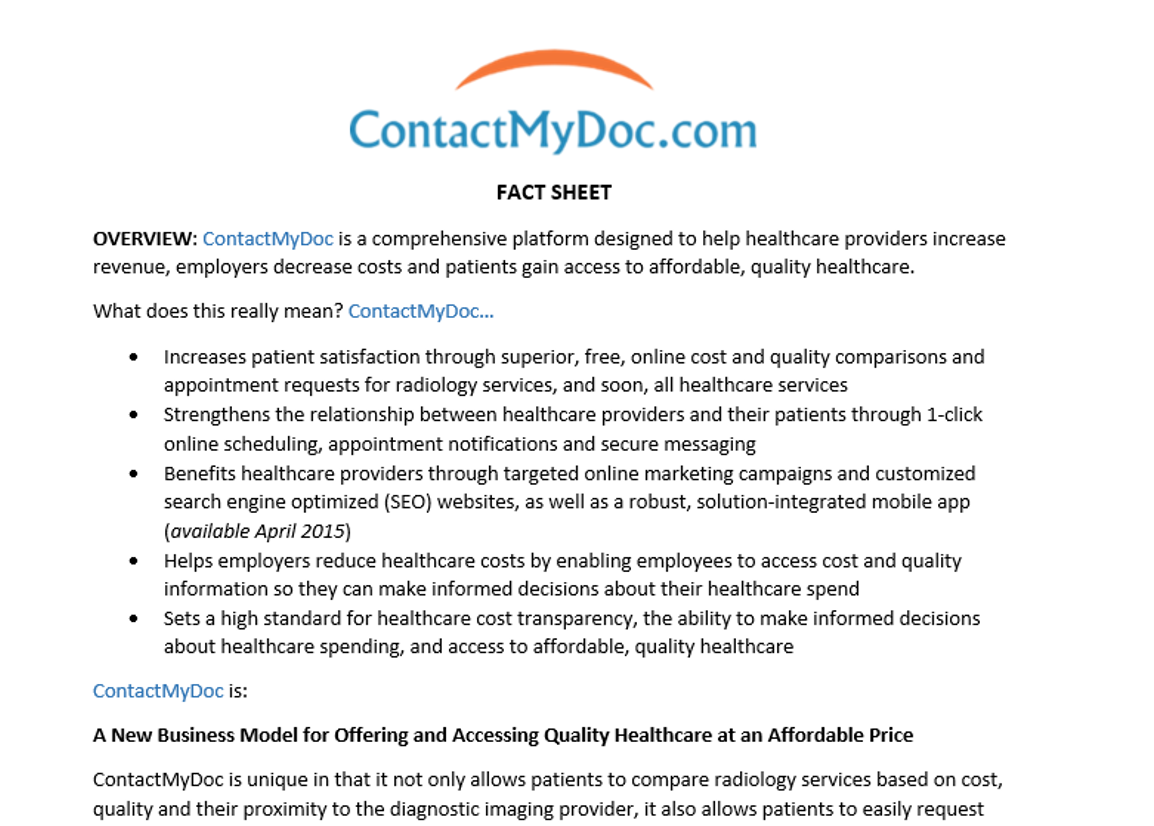